Call Us Now!
A former principal at a Widefield Elementary school has recently been taken into custody by Colorado Springs Police (CSPD) have taken after he threatened to commit suicide following allegations that he raped an underage boy.

According to media reports, the 49-year-old man did not deny the sexual assault charges to his wife; instead, he has stated that he “takes responsibility” for the alleged encounters with a child, which reportedly occurred over the course of a few months.1

A Closer Look at the Sexual Assault Allegations 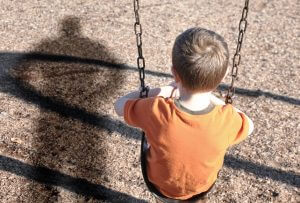 The man facing the serious allegations at the center of this case reportedly had been an employee of the school district for more than 10 years. While he was as hired in 2006 as a school psychologist to provide counseling to students throughout the school district, he later reportedly served as an assistant principal and then as principal at Pinello Elementary School. He also held the role of assistant director of the district over the past three years.

Additionally, school district records indicate that, when the man was hired in 2006, he passed a background check. To date, his district personnel file doesn’t reveal any history of disciplinary actions.

The following highlights some of the additional details surrounding the case, according to police records and court documents:

It remains to be seen how the accused man will plead in this case. As more news about this case becomes available, we will report the latest updates to you. In the meantime, share your thoughts about these allegations with us on Facebook & Google+.

If you or a loved one has been charged with sexual assault or another criminal offense, contact a Colorado Springs criminal defense attorney at Kohn Law Firm for aggressive, effective defense representation.

You can call us at (719) 328-9555 or by emailing us using the contact form at the top of this page. From our offices in Colorado Springs, we represent clients throughout the Pikes Peak region and Colorado.