Accessory To A Crime

Who’s responsible for being an accessory to a crime when it comes to Colorado Law?

Those who can be held responsible and given a guilty sentence under Colorado law have to meet several statutory elements:

A crime has taken place when; 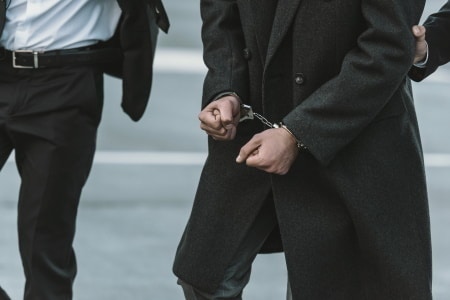 In order to prove that the defendant is guilty of being an accessory some statutory elements must be met: A crime has taken place, assistance was given to the perpetrator, the accused wanted to delay the conviction, apprehension, detection, prosecution or punishment of the crime. The accused must be fully aware that the defendant has taken part in the crime or has been convicted.

A charge with information that’s pending, a complaint, or indictment of a crime is also an element. A suspected or wanted actor can also qualify someone for a criminal penalty if assistance was given. The crime must be for something other than a class 1 or 2 felony but still a felony.

Choosing to be silent is not enough for a conviction. Intention to aid the felon must be proven in some way. A failure to call the authorities does not render someone responsible.

Accessory To A Crime Examples

You can be charged with an accessory crime if you choose to help a family member or friend run from or hide from the police. This is a felony offense.

This can lead to you being charged as an accessory.

Assisting someone in any way after a crime has taken place can put you at risk for a criminal penalty.

The laws in place are to prevent people from receiving aid who have committed a felony under the law of C.R.S 18-8-105. If a family member or friend asks for any assistance, this can be a simple ride, you should not oblige in any way. A petty offense or felony can be charged against you. The resulting charge depends on the nature of the crime the actor committed.