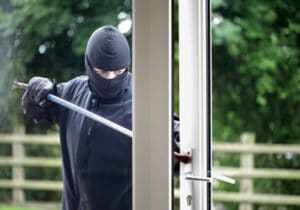 Many people misunderstand the crime of felony burglary. Contrary to popular belief, forcible entry and actual theft are not necessary to be convicted of this charge. Intent is the essential element. For example, if Goldilocks had lawfully entered the Three Bears’ home with the simultaneous intention of stealing porridge, then she would have committed felony burglary in Colorado.

However, she would not be guilty of burglary if she had unlawfully entered the Three Bears’ home intending to take only a nap and then decided to steal porridge as an afterthought. At most, Goldilocks would be charged with misdemeanor trespass and theft if she actually stole. Here is a little primer on felony burglary; like other Colorado crimes, it is separated in degrees depending on the facts involved.

This is a Class 5 felony punishable by a prison sentence of one to three years. It involves breaking into a locked safe, cabinet, cash register or vending machine with the intention to do something criminal, usually to steal the contents. If the reason for breaking into the locked container is to steal drugs, the crime becomes a Class 4 felony.

This is a Class 4 felony punishable by a prison sentence of two to six years. It involves entering a business with the intention to commit a crime inside, such as theft or assault. The charge applies even if the defendant entered the building lawfully but remained there unlawfully to commit a criminal act. This felony becomes a Class 3 offense punishable by a prison sentence of six to 12 years if the defendant intended to take drugs from the business. If the defendant breaks into a residential dwelling, the offense also becomes a Class 3 felony.

This is a Class 3 felony punishable by a prison sentence of four to 12 years. It involves actually assaulting or menacing a person inside a building or doing so during the course of entering or leaving the building. If the defendant also had the intention to steal drugs from the building, the offense becomes a Class 2 felony, which carries a prison term of eight to 24 years.

Make Sure You Have The Very Best Legal Defense

A Colorado Springs Criminal defense attorney at The Kohn Law Firm can walk you through the complexities of the law step-by-step and tenaciously advocate for your interests and rights. Book your FREE consultation today at 719-328-9555, after hours at 719-641-6704. Don’t wait. Your defense starts now.