In Colorado, people who are younger than 18 years old are generally considered to be juveniles in the eyes of the law. Basically, juveniles go through a separate court system and face different charges and penalties if they are accused or convicted of a crime

It’s helpful if your Colorado Springs juvenile defense attorney keeps your child’s case in the juvenile court system. Especially, because if he or she is charged as an adult, life will get much worse.

Some Juvenile Cases May Be Charged As Adult

However, in some juvenile crimes cases, juveniles charged as adults may: 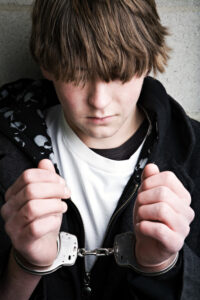 Juveniles charged as adults can rely on the Colorado Springs juvenile defense lawyers at Kohn Law Firm to provide them with superior defense representation.

The specific factors for some juvenile crimes that can allow prosecutors to file criminal charges against juveniles as adults (in other words “direct file” a juvenile case with a district court) include:

A Reverse Transfer Hearing Can Bring It Back To Juvenile Court

When a juvenile faces the possibility of being tried as an adult in a district court, requesting a reverse-transfer hearing will be necessary in order to try to get the case sent back to the juvenile court system.

Your experienced juvenile defense attorney knows the law and often can make this happen.

Given how complicated these cases can be, as well as the fact that a child’s future depends on where these cases are adjudicated. By the same token, it’s critical that these juveniles have one of the experienced Colorado Springs criminal defense lawyers on their side.

Is your child facing the possibility of being charged and tried as an adult? If so, the criminal defense lawyers at Kohn Law Firm are ready to aggressively defend your child’s rights. We will fight for their case to be adjudicated in the juvenile court system and will work tirelessly to resolve the case as favorably as possible.

At Kohn Law Firm, we have been committed to providing each of our clients with exceptional service, ethical treatment and aggressive representation since 2003. That’s why our clients can always rely on us to:

Let’s discuss your best options for your defense case. To learn more about how we can help you, call for a free initial consultation. Call us at (719) 328-9555 or use the contact form below this article.