When a person is accused of robbing a bank, store or residence within the state of Colorado, the individual may be arrested for committing either a simple or aggravated crime. Whether the crime is simple or aggravated depends on the degree of violence the accused robber perpetrates upon a victim, but the Colorado court system views both types as felony robbery.

A simple robbery committed within the state of Colorado is so named because even though the individual may have intimidated or threatened the victim, the accused 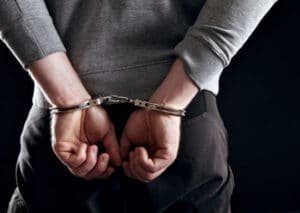 criminal did not use a gun, knife or other object as a weapon.

When an individual reveals a weapon, the crime becomes known as an aggravated crime. It does not matter if the accused robber uses the weapon in a violent manner; as soon as they display a weapon to the victim, the act is officially classified as an aggravated offense.

The Difference Between Classes

A simple offense is known as a Class 4 felony while an aggravated robbery is a Class 3 felony.

The difference between the two is that a Class 3 crime merits a mandatory enhanced sentence due to the associated violent act involved when the accused individual displays a weapon.

DON’T WAIT. CONSEQUENCES MAY BE SEVERE.

When a person is arrested for committing either a Class 3 felony or a Class 4 felony robbery in Colorado, the need for legal representation is paramount. Whether the defendant actually committed the robbery or not, a good felony defense lawyer will defend the actions of the accused individual as well as their rights throughout the legal process.

The Kohn Law Firm has experienced Colorado Springs criminal defense attorneys who will aggressively fight for your rights in an increasingly complex legal arena.

We works with clients to understand each case and uncover evidence to mitigate or eliminate charges.

Anyone who is charged with committing a felony robbery within the state of Colorado, whether with or without a weapon, can benefit from consulting a dedicated aggravated robbery/simple robbery defense attorney whose mission involves protecting the rights of the accused.

If you or someone you know is facing potential criminal charges in Colorado Springs, contact The Kohn Law Firm anytime at 719-328-9555.  Book your FREE, confidential, no-obligation consultation now.

The strongest defense depends on building an aggressive defense now.