Why Hire a DUI Attorney

What a DUI Lawyer can do to help your case.

If you’ve been recently arrested for a DUI, it may be time to hire a DUI attorney to represent you. Experienced DUI attorneys are not only familiar with the Colorado court system and 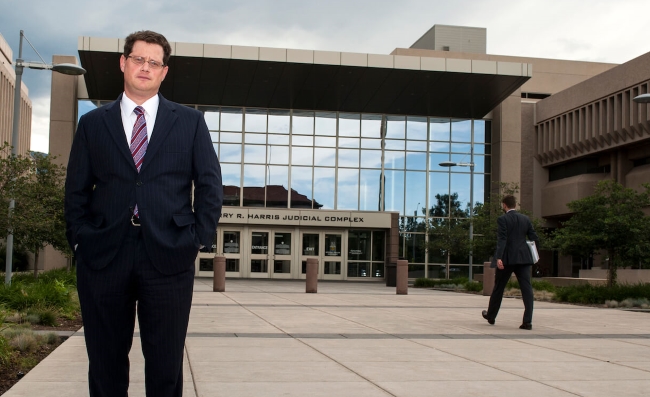 traffic laws, but they will also be able to help you navigate the complicated administrative procedures. It is especially important to have a lawyer to represent you if you are a repeat offender. Colorado has no look back period, so all previous charges count against you, no matter how long ago they occurred.

The following list details the various reasons why you may want to hire a DUI attorney Colorado Springs.

● Experience – In any court case related to driving under the influence of alcohol or drugs, DUI attorneys have much more experience and are more specialized for DUI cases than court-appointed attorneys. DUI attorneys are familiar with Colorado’s DUI laws, as well as the field sobriety tests, including breathalyzers, and their reliability.

You have a better chance of getting fines or your sentence reduced with an experienced Colorado DUI attorney. They can use expert witnesses and present relevant evidence to resolve your case as best as possible.

● Plea Bargaining – In some DUI arrest cases, DUI attorneys are able to reduce the charge to a lesser one, such lowering a DUI charge to a reckless driving conviction. For example, if your BAC (Blood Alcohol Concentration) level was between .05% and .08%, with some question as to whether the reading was accurate or not, your conviction is less of a certainty and your DUI attorney may have a better chance to plea bargain your case.

● Sentence Bargaining – Depending on the situation of the DUI charge, it is possible for a DUI attorney to negotiate the severity of your sentence. This is useful in a situation where you are considering a guilty plea, but know it would result in a long period of jail time. These cases could include scenarios where your BAC was extremely high or an accident that resulted in injury or death of the other driver. A DUI attorney would advise you on which route to take, especially because you wouldn’t want to plead guilty unless you knew what sentence you would receive. You will most likely be unable to avoid a guilty charge, but the lawyer can make sure that you receive the least amount of jail time, fines, and other penalties as possible.

If you are still unsure whether you should plead guilty or not, seek the advice of a DUI attorney to represent you. There may not be a guarantee for a reduced charge, but if there is any chance that your sentence is not set in stone, then taking the risk and hiring a lawyer could be well worth your time. DUI attorneys might be pricy, but avoiding a massive amount of penalties and fines could save you a lot of money in the long run. For example, if you avoided having to pay for alcohol education classes, then you’ve saved money and time. Many people often suffer financially after a DUI conviction, from fines to job loss. A Colorado Springs attorney’s assistance could prove to be invaluable.