It boggles the mind what children are capable of these day. Back in the day, when this humble criminal defense attorney was in school and had I wanted to pass a secret message on to another classmate that I crush on, we typically had to write it in cursive on paper that we’d fold up into a tiny object that could be passed unnoticed – and there were no nude photos or drawings for that matter.

We also had to watch what we were writing because you never knew if a teacher would intercept the love letter. But kids text today, and if they send inappropriate content and/or pictures, that could be a felony for sexting.

A Felony For Sexting

Apparently, according to an April 11, 2016 KKTV 11 News report, the method of getting the attention of kids you have a crush on these days is by using your smartphone to send naked pictures of yourself to others. This is evidenced by the fact that Colorado Springs Police Department (CSPD) has been called in by Pine Creek High School and Challenger Middle School in District 20 concerning a sexting scandal. 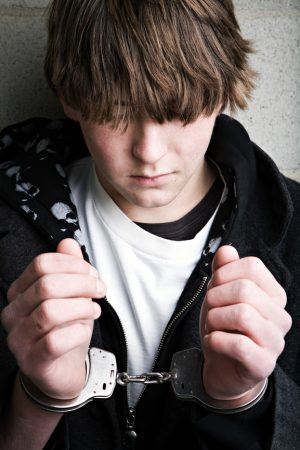 The following is a chronological look at what investigators have discovered so far in their investigation:

Last year, Colorado Springs saw another sexting ring at Cañon City High School that involved more than 100 students sharing more than 100 nude photos. So far, no students have been charged in the state with a felony when criminally charged with sexting. Here’s the current state of laws in Colorado regarding sexting:

So, What Do You Say to Your Teen?

According to a new study conducted by researchers at Drexel University, 54 percent of college students responded that they either sent or received “sexually explicit text messages or images” when under the age of 18. It’s probably a problem most parents have to deal with at one point or another. So, should you tell to your teen to do?

Do you have a child that has been charged with sexting? If so, call a Colorado Springs Criminal Defence lawyer at Kohn Law Firm at (719) 328-9555 or by emailing us using the contact form at the top of this page. From our offices in Colorado Springs, we represent clients throughout the Pikes Peak region and Colorado.