It’s important to know what your Miranda Rights are. Many US citizens are not aware of what their Miranda rights constitute and when these rights are applied. Below, I will be going over what Miranda Rights are defined by, when they apply, and how they came about.

Miranda Rights Started With A US Supreme Court Decision 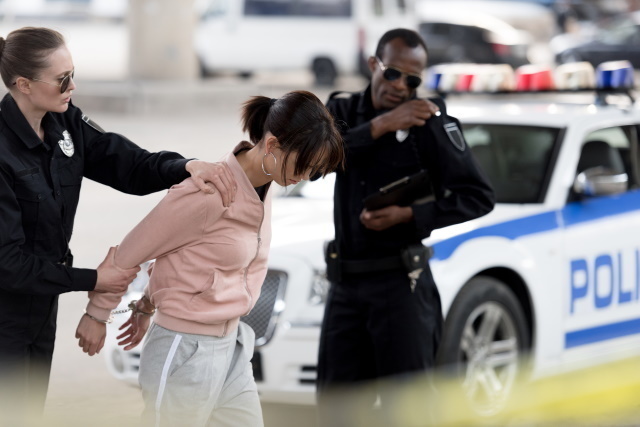 Miranda Rights first came to be from the famous 1966 Miranda v. Arizona case. It was here when the US Supreme Court ruled that law enforcement had to provide anyone suspected of a crime with a constitutional warning when they were either being interrogated or when in the custody of the police.

It was ruled that these warnings had to be given prior to any sort of questioning by the police. Without being read these rights, the police would be unable to use any sort of admission of guilt in the court of law.

The Supreme Court ruled that these rights were secured by the Fifth and Sixth Amendments of the United States Constitution.

Who Was Ernesto Miranda?

Ernesto Miranda was a man who was accused of both raping and kidnapping an 18-year old woman. During the process, he was brought in for questioning and during it, he confessed to doing the crimes he was accused of. Throughout the trial, his attorney looked to get his coerced confession thrown out and his motion to do so was denied. The United States Supreme Court argued that he has made his statements prior to being told his rights so his confession had to be dismissed.

Likewise, the suspect has a right to have a lawyer appointed by the court if they cannot afford to pay for one themselves. Once these warnings have been told to the suspect by the police, the suspect is freely able to give up their rights. They are also free to request legal counsel prior to talking to authorities or remain silent during questioning.

Anyone that is being questioned in either a traffic stop or who is on the street is not seen as being in custody for the purposes of the law.

Interrogation Is At The Core Of Your Miranda Rights

For instance, if someone suspected of a crime is in the backseat of a police vehicle and they are listening to the two officers discuss a victim of a crime’s circumstances, it can lead to the suspect admitting guilt. If this conversation was designed purposefully to get some type of emotional or verbal response from a suspect, it can be determined that the police were functionally interrogating the suspect while they were in the custody of the police.

You Can Waive Your Miranda Rights

To actually waive their own Miranda rights, a suspect must freely and knowingly consent that they are waiving them. The court use various things to determine whether or not a suspect forfeited their rights prior to answering any questions from the police which include their sobriety, IQ, age, and by determining whether or not the police worked to overcome the individual’s will.

A judge will look at the specifics of each case and they will determine whether or not the individual had the ability to waive their rights knowingly and willfully.

When these rights are provided by law enforcement, the ordinary rule states that there is to be no questioning by police once they state and asset their rights. Thus, when a suspect requests the presence of their attorney, from that point on it is deemed unlawful to continue questioning the suspect.

The United States Supreme Court clarified that when a suspect initially waives his/her Miranda rights, they are required to assert these rights explicitly during the process of an interrogation if a suspect requests for the interrogation to stop.

To Be “In Custody” Can Have Many Meanings

It is not actually necessary to be in handcuffs in order to be considered lawfully in custody. Nor is it required to be physically in the back of a police vehicle or to be in a police station. You can also be lawfully considered in custody when your freedom of movement is restricted by the authorities. As soon as you don’t feel as if you are free to leave, you will be considered to be in custody for the purposes of the law which is when your Miranda rights become applicable.

Silence Does Not Invoke Your Right To Remain Silent

You Need An Attorney For Full Protection Under The Law

If you ever have an encounter with a police officer, you should look to cooperate but you shouldn’t say anything that can be used against you. If you get arrested and placed into custody for a crime, never make any statement and invoke your right to remain silent.

Likewise, you want to request professional legal counsel if you are the suspect in any crime.

Have You Been Arrested?

You should speak with an experienced criminal lawyer as soon as possible to discuss your legal options.

Being accused of a crime can have extremely serious consequences. Don’t  gamble with your future – make that first call to The Kohn Law Firm for quality and determined legal representation that could same you from a very uncertain future.