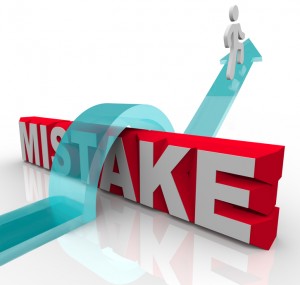 When you are stopped for or charged with a DUI, don’t make these mistakes because they could hurt a future defense case, a Colorado Springs DUI lawyer explains.

When you are stopped for allegedly driving drunk or you have been officially charged with a DUI in Colorado, what you do next can impact your defense and the success of your case.

In fact, if you make certain mistakes during a DUI stop or a DUI case, you could end up compromising your rights, the strength of your defense and your future for years to come.

To make sure that you are informed about how to protect yourself, below, we will reveal some of the most common DUI mistakes to be aware of and sidestep if you ever find yourself potentially being charged with – or convicted of – a DUI in Colorado.

Common DUI Mistakes that Can Hurt a Future Defense Case

When a cop stops you for suspicion of DUI, that officer will first request your driving/insurance documents and then likely ask you questions about:

The goal of this questioning is twofold: first, officers want to see if you will simply admit to drinking, and if you do, you have just handed them evidence against you; second, cops will want to assess whether you appear to be sober versus drunk based on how you are speaking, your appearance, etc.

So, don’t help a cop make a case against you by offering up info that you were drinking before driving. While you shouldn’t lie, you also shouldn’t do anything to directly incriminate yourself if you can help it.

Did you know that you are legally permitted to refuse field sobriety testing and that you won’t incur any automatic penalties for doing so? Many drivers are NOT aware of this fact and make the mistake of submitting to this testing and, in doing so, giving cops more evidence against them (regarding impairment). While there can be ways to refute “failures” of field sobriety testing later, it’s generally better to sidestep this altogether by refusing this testing if or when there may be little chances of passing.

You should be aware, however, that refusing field sobriety testing will usually lead cops to request drivers submit to blood alcohol content (BAC) testing, which leads us to our next point…

Mistake #3- Assuming there are no consequences to refusing BAC testing

Unlike field sobriety tests, with BAC tests, there ARE automatic penalties imposed for refusals because of the Implied Consent laws in Colorado. While the penalty for refusal is typically a driver’s license suspension, the length of this suspension will vary, according to whether:

So the takeaway here is that you should be prepared for the consequences of refusing BAC testing.

As we noted in a previous blog, pleading guilty to drunk driving charges without consulting an experienced DUI defense lawyer is one of the biggest mistakes motorists can make. This is because a lawyer can inform people of their best defense options and what they can do to resolve their case as favorably as possible.

Have you or a loved one been charged with a DUI? If so, a Colorado Springs DUI lawyer at Kohn Law Firm is ready to aggressively defend your rights and help you bring your case to a successful resolution.