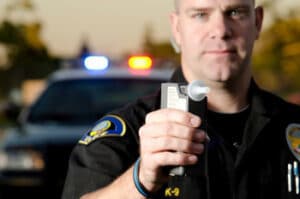 A DUI charge can put your reputation, career and your freedom on the line. Knowing how to defend yourself in a DUI case will be essential to protecting your rights and achieving the best possible outcome.

Whether you have just been arrested for a DUI or you are facing misdemeanor or felony DUI charges, you can turn to an experienced Colorado Springs DUI attorney at The Kohn Law Firm for the strongest defense representation possible.

Our DUI attorneys are ready to explain your rights and advise you on how to protect them as you proceed through the criminal justice system. We are also prepared to immediately start defending you and build you the best possible defense case.

Until then, please explore the following for some important information about DUI charges, penalties and defense strategies.

A first-time DUI in Colorado is typically associated with misdemeanor charges (as long as the incident did not involve any aggravating factors – like a crash, injuries or death). Commonly, a first-time DUI conviction in Colorado will result in various penalties, like:

Please note that there is a distinction between DUI and DWAI charges in Colorado.

Second- and third-time DUIs will usually be filed as misdemeanor charges (as long as no aggravating circumstances were involved). The severity of the charges and related penalties, however, will depend on factors like (but not limited to):

A fourth DUI in Colorado will be filed a Class 4 felony, which can punishable by as much as 6 years in prison and $500,000 in fines (as well as other penalties).

How to Fight DUI Charges

The best defense against DUI charges will hinge on the specifics of the arrest and case. While a Colorado Springs DUI lawyer at Kohn Law Firm can reveal more about your best DUI defense options, in general, here are some effective ways to fight these allegations:

How a DUI Attorney Can Help You

An experienced defense lawyer can help you present a strong defense in the TWO cases your DUI will trigger – the administrative case with the DMV and the criminal case with the court. In addition to explaining and protecting your rights in both of these cases, an attorney at Kohn Law Firm can bolster your DUI defense case by:

When you are facing DUI charges, time is of the essence. Don’t put off or compromise your defense. Contact a Colorado Springs DUI lawyer at Kohn Law Firm now to make sure you have an aggressive defense and superior advocacy as soon as possible. The outcome of your case – and your future – depends on it.

At Kohn Law Firm, we believe that our clients deserve exceptional service, ethical treatment and aggressive representation. That’s why we are here to help you:

From our offices in Colorado Springs, we represent clients throughout El Paso County and Colorado.