Can Medical Marijuana for Sleeping Aid Cause A DUI?

Nearly everyone knows someone with a sleeping disorder like insomnia or sleep apnea. In the case of insomnia, it can be especially devastating for a person’s ability to keep a regular schedule, go to work, cook meals, and take care of children and even pets. In the past five years, however, as marijuana has become legal for medical use in some form in 47 states, those who suffer from insomnia have looked into trying marijuana for its medicinal effects, especially because it helps with sleeping.

There’s even pharmaceutical companies jumping in on the market by making designer sleeping pills made with synthetic or real cannabinoids, such as Nabilone, Dronabinol, or Marinol.

“Marijuana is an effective sleep aid because it restores a person’s natural sleep cycle, which so often falls out of sync with our schedules in today’s modern lifestyle,” says Dr. Matt Roman, a medical marijuana physician and president of Nature’s Way Medicine.1

Benefits of Medical Marijuana for Insomnia 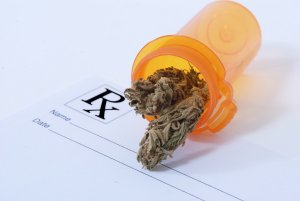 Can Medical Marijuana for Sleeping Aid Cause A DUI? | Colorado Springs DUI Lawyer

The following benefits of using medical marijuana for insomnia were collected from news reports:

Downsides to Using Marijuana as a Sleep Aid

Here are some of the downsides to using marijuana as a sleep aid, as gathered from recent news articles as well:

In Colorado, the legal threshold for driving under the influence of marijuana (DUID) is 5 nanograms of active THC. Regardless of the amount of THC in a person’s system, law enforcement base their arrests on observed impairment.

Have you been arrested and charged for a DUID after using marijuana as a sleep aid the night before? If so, contact a Colorado Springs DUI Lawyer at Kohn Law Firm for exceptional advocacy and to build a strong defense strategy.

Our experience in working with police and prosecutors gives Kohn Law Firm an edge on the competition, so that we are able to collect evidence, negotiate better than average plea bargains, or take your matter to trial in front of a jury of your peers. Don’t wait to build your defense case, call us today at (719) 419-9667 or by emailing us using the contact form at the top of this page to set up a free, initial consultation.

1“Can You Use Cannabis to Restore Your Natural Sleep Cycle?” published in Healthline, Feb. 2018.