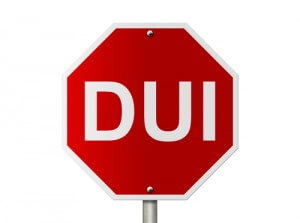 Every year in Colorado, law enforcement authorities across the state ban together to crack down on impaired drivers over at least 12 heightened DUI enforcement periods that make up CDOT’s The Heat Is On campaign.

Focused on targeting impaired driving on certain holidays – like New Year’s Eve & July 4th, for instance, The Heat Is On has been an effective and powerful public awareness and enforcement campaign in Colorado.

And according to CDOT authorities, last year, this campaign was responsible for taking 7,376 allegedly impaired drivers off of the road. While this represents a significant number of DUI arrests (averaging more than 600 arrests for each enforcement period), it also marks a nearly 6 percent drop in the DUI arrest rate when compared to the numbers for 2014 (when, as CDOT notes, more than 7,800 DUI arrests were made as part of this campaign).

It’s unclear at this point exactly what factors may have contributed to the significant drop in DUI arrests from the 2015 The Heat Is On campaign. As authorities continue to analyze the data and draw conclusions from it, however, some have pointed to the following factors in trying to explain the decline:

While the reported decline in DUI arrests from the 2015 The Heat Is On program may be an encouraging sign to many, authorities are not resting on these numbers, as heightened 2016 DUI enforcement efforts are already underway in some regions of Colorado.

In fact, through the month of January, more than 20 local law enforcement agencies in the state will be running increased patrols and/or saturation patrols via special CDOT funding.

And more than 50 agencies, including the Colorado State Patrol (CSP), are already gearing up for the first The Heat Is On crackdown scheduled for 2016, which will coincide with Super Bowl Weekend.

Have you or a loved one been charged with a DUI in Colorado? If so, a Colorado Springs DUI lawyer at Kohn Law Firm is ready to help you: