Call Us Now!
Driving stoned or under the influence of marijuana (DUID) in Colorado is illegal – just as driving under the influence of alcohol (DUI) is against the law. And while authorities across the state are focused on arresting all impaired drivers, the latest findings about DUID arrest rates in Colorado seem to indicate a promising trend – namely that fewer drivers may be getting behind the wheel when impaired by marijuana.

In fact, according to Colorado State Patrol (CSP) records, in 2015, state troopers issued roughly 4,550 citations for driving under the influence of drugs (DUID) or alcohol; only 350 of those citations reportedly involved marijuana impairment, representing a slight drop when compared to the pot-related DUI arrests CSP officers made in 2014.

Colorado Pot DUI Arrests: A Closer Look at the Data 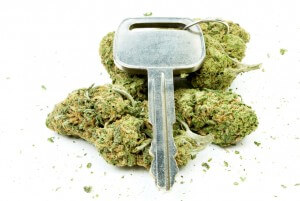 According to the latest data from authorities at the Colorado Department of Transportation (CDOT) and the (CSP):

While these numbers are certainly revealing, they don’t necessarily capture the entire picture when it comes to motorists’ drug impairment across the state. Just some of the reasons for this include that:

Although Data May Be Difficult, Making Arrests Isn’t

Clearly, Colorado authorities seem to have some more work to do when it comes to tracking pot DUI arrests, cases and convictions. Despite the data tracking challenges that may currently exist, however, one thing is certain – officials are NOT backing down from arresting any driver they suspect to be impaired.

If you or a loved one has been accused of drunk or stoned driving in Colorado, contact a Colorado Springs DUI lawyer at Kohn Law Firm to get experienced help protecting your rights and bringing your case to a successful resolution.

You can contact us by calling (719) 328-9555 or by emailing us using the contact form at the top of this page. From our offices based in Colorado Springs, we provide aggressive legal advocacy to clients throughout the Pikes Peak region and Colorado.