When Do Zero Tolerance Laws Apply in Colorado? 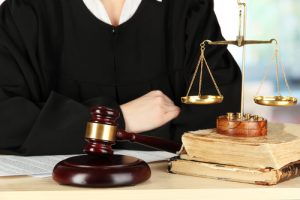 Licensed drivers are required to obey a litany of laws when they get behind the wheel. While some of these laws dictate how to operate vehicles, others pertain to when drivers can and legally cannot operate vehicles. And in terms of operational laws – like DUI laws, there’s an statute to be aware of: the Zero Tolerance Law in Colorado.

What Are Zero Tolerance Laws?

Zero tolerance laws are essentially statutes that prohibit certain drivers from having any substances that could impair their driving abilities – including both alcohol and drugs – in their systems.

For the purposes of filing legal charges – like DWAI or DUI, however, these laws currently stipulate that underage motorists with BACs as low as 0.02 can be charged with DWAI. In other words, it can take as little as one beer or alcoholic beverage to cause underage drivers to violate Zero Tolerance laws in Colorado – and that can result in them being charged with DWAI or DUI.

Additionally, the detection of any illegal drugs in underage drivers’ systems can also trigger DUIs, per zero tolerance laws.

How Many People Are Subject to Zero Tolerance Laws?

This question is more difficult to answer precisely, as there aren’t precise numbers regarding how many underage drivers are licensed in the state.

In terms of motorists facing DUI charges, however, data from the Colorado Department of Transportation (CDOT) indicates that law enforcement officials make roughly 30,000 DUI arrests made each year in Colorado authorities. So, at any given time, thousands of of-age drivers in Colorado are required to comply with Zero Tolerance laws.

If you’ve been arrested for and/or charged with a DUI in Colorado, a trusted Colorado Springs DUI lawyer at Kohn Law Firm is here for you, ready to help you bring your case to the best possible resolution.

To find out more about how we can help defend you, call us at (719) 328-9555 or email us using the contact form at the top of this page. From our offices in Colorado Springs, we represent clients throughout the Pikes Peak region and Colorado.