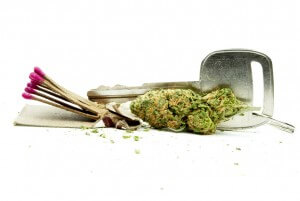 Driving under the influence of intoxicating substances like alcohol and drugs is against the law. However, how the law treats alcohol DUIs versus marijuana DUIs in Colorado can be different, and understanding just what these differences are can be crucial to protecting your rights both during traffic stops and after DUI arrests.

Taking a closer look at drunk driving cases that involve alleged marijuana intoxication, in this series, we will reveal some important facts to know about Colorado marijuana DUI laws.

If getting the best DUI defense ASAP, however, is your main concern at the moment, you can turn to the trusted Colorado Springs DUI lawyers at Kohn Law Firm We are ready to start defending you right now.

This means that, if motorists have at least this concentration of THC in their bloodstreams, they can be arrested for and/or potentially charged with a Colorado marijuana DUI. Generally, this is evaluated via blood tests, which are requested when traffic officers have probable cause to suspect marijuana intoxication among drivers.

Here, we also want to note that, although this legal limit is currently part of Colorado marijuana DUI laws, it has been the subject of some debate, as some have contended that this level of THC may not actually cause impairment or intoxication in people who regularly use marijuana (such as those with medical marijuana cards).

With traffic stops for suspected alcohol DUIs, drivers who refuse to submit to blood alcohol concentration (BAC) testing – whether that be blood, breath and/or urine tests – will:

This is different for suspected Colorado marijuana DUIs, however, where automatic penalties have not been specifically included in the related statutes. In other words, drivers who are suspected of being under the influence of marijuana and who refuse to submit to blood tests (for evaluation purposes) will not necessarily receive automatic penalties.

Although this may change in the future (as Colorado marijuana DUI laws evolve and are revised), as the laws currently sit, automatic penalties are not associated with blood test refusals during these traffic stops. This can mean that drivers may want to exercise their option of refusal if they may have THC in their systems (because, for instance, they consumed marijuana products earlier in the day/evening).

Don’t miss the additional installments of this blog series for some more important facts about Colorado marijuana DUI laws.

Have you or a loved one been charged with an alcohol or drug-related DUI offense? If so, the Colorado Springs DUI attorneys at Kohn Law Firm are ready to aggressively defend your rights and help you bring your case to a successful resolution.