Locals and visitors alike have many questions about being legal and driving high in Colorado Springs and driving with marijuana in the car. Our Colorado Springs DUI lawyer is extremely knowledgeable about Colorado laws as they relate to cannabis and stay lawful. The following list of FAQs are some of the most commonly asked questions we get from clients and the public about marijuana possession and driving. So, let’s get right into it! 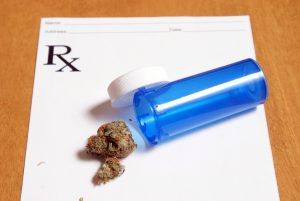 FAQ: Where can I keep marijuana in my car?

Answer: In Colorado, the magical phrase is “open container,” and Colorado law specifically states that if the container being used to transport any amount of cannabis has been opened or the seal has been broken, then it’s considered an open container. Other meanings of “open container” according to the law include, portions inside the package/container have been removed, or there’s evidence that marijuana has been consumed inside the vehicle.

Think of the container as either a sealable envelope, canister, bottle, etc. If the container has been opened, it is recommended that the container be placed in the trunk of the vehicle, so it is not in the “passenger area” and not accessible. Plus, it gives you an extra layer of protection from prying eyes. If your vehicle doesn’t have a trunk, the law allows for marijuana to be placed behind the last upright seat in the vehicle. There are two exception to this law, they are as follows:

FAQ: Can passengers smoke in a car?

FAQ: What happens if I’m caught with a marijuana in the passenger area of the vehicle in an open container?

Answer: As long as no one is impaired from marijuana, you may only get issued a citation for a Class A traffic violation. It carries a fine of $50, which is a lot better than getting charged with driving under the influence of drugs (DUID).

FAQ: How does marijuana impair a person’s ability to drive?

Answer: Those who consume marijuana are not aware of their own level of impairment. Marijuana impairs a driver’s ability in the following ways:

FAQ: What is the legal limit for marijuana impairment in Colorado Springs?

Answer: Colorado pass legislation making five nanograms of active tetrahydrocannabinol (THC) in the blood as the threshold for a DUID. However, officers can still arrest individuals with less than five nanograms of measurable THC in their system, if they reasonably observe impairment.

FAQ: What if I have a medical marijuana card approved by a doctor? Doesn’t that exclude me from prosecution?

FAQ: How can a police officer tell if I’m impaired after consuming marijuana?

Answer: Most law enforcement officers in Colorado have received training in Advanced Roadside Impaired Driving Enforcement (ARIDE). Likewise, many of Colorado’s law enforcement agencies have Drug Recognition Experts (DRE) that are specially trained to detect impairment from different drugs and all kinds of substances.

FAQ: Are penalties for those arrested for a DUID for driving high on marijuana less harsh than those impaired by alcohol (DUI)?

Answer: Drug and alcohol impairments are treated the same in Colorado – driving impaired is driving impaired. However, if a person has multiple substances in their body, they can be prosecuted harsher because of the increased risk to the general public.

Don’t leave your DUID charge for driving impaired under the influence of marijuana to chance. There’s a lot riding on the outcome of any DUI/DUID case, including possible jail time, fines and costs of more than $13,000, and in some cases a marriage and/or job? Let the Colorado Springs DUI Lawyer with Kohn Law Firm aggressively defend your rights and fight for the most successful resolution possible.

At Kohn Law Firm, our experienced Colorado Springs DUI lawyer knows every defense to utilize for your case for a favorable outcome. To schedule a free, no obligation consultation and to begin building the strongest defense case possible, call us at (719) 419-9667 or email us using the contact form at the top of this page.