Call Us Now!
Have you ever wondered how much trouble getting a citation for driving under the influence of alcohol (DUI) would be? How about compounding that traffic offense with a serious injury to an innocent victim – can you imagine the level of despair that can hurtle a person into? Well, unfortunately, that trend is all too common as Colorado Springs Police reported another DUI, hit-and-run suspect was arrested on Sunday, March 21, 2016 after her vehicle struck and seriously injured a pedestrian.

Andrea Alicia Martinez, 26, was arrested for suspicion of DUI and vehicular assault and was being held at the El Paso County Jail in lieu of bail, according to a March 31, 2016 Denver Post article. According to the police report, Martinez struck the pedestrian near the intersection of Kiowa and Tejon streets at about 2 a.m. An alert motorist witnessed the incident and followed the hit-and-run vehicle after it fled the scene and alerted authorities.

Are Hit-and-Run Accidents on the Rise in the U.S.?

Unfortunately, the short answer to that question is, yes! Hit-and-run accidents and even fatalities are on the rise nationally, especially in major metropolitan areas. The problem has become so prolific some in law enforcement are calling it a “plague.”

What Does the Crash Data Statistics Indicate? 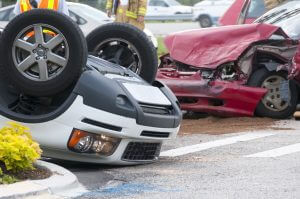 “The problem is bigger than I think most people are aware,” said President and CEO of the AAA Foundation for Traffic Safety Peter Kissinger.

Why Do People Hit-and-Run?

Alcohol obviously doesn’t help the situation, because now the driver has a two-pronged problem:

“People find themselves in these situations, and what do you do?” said Sara Solnick, chairwoman of the Department of Economics at the University of Vermont in a November 10, 2013 USA Today article. “Drivers are more likely to run if they feel there is a reason to do so. They’re more likely to have high blood-alcohol content, or they’re driving without a license, or they’re very young drivers.”

Did you, a family member, or a close friend get charged with a DUI in Colorado? If so, call a Colorado Springs DUI attorney at Kohn Law Firm who is ready to aggressively defend your rights and help you bring your case to a successful resolution. Call us today at (719) 328-9555 or by emailing us using the contact form at the top of this page.