Colorado Felony DUI Law: A Wake Up Call to the Harsh Impacts of Multiple DUI Convictions

Call Us Now!
A lot has changed over the last few decades in regards to DUI laws and enforcement – both in Colorado and across the nation. In fact, while law enforcement officials may have been inclined to overlook impaired driving or even help impaired drivers get home in decades past, today, they are far more intent on making arrests and cracking down on drunk and drugged drivers.

That may be glaringly apparent in some of the latest changes to impact Colorado DUI laws – namely the passage of Colorado House Bill (HB) 1043, which created new felony DUI charges in Colorado as of August 2015. According to the terms of the new law, a fourth DUI arrest in Colorado can trigger felony charges.

Commenting on the new felony DUI law in Colorado, Gov. John Hickenlooper has explained that:

The world of government is measured in steps…You rarely get gigantic sea level change. But this [new felony DUI law] is a pretty big step. 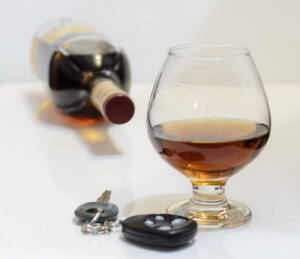 The Harsh Reality of Felony DUIs

So, just how harsh is the new Colorado DUI felony law? Pretty harsh because a fourth DUI charge in Colorado can be filed as a class four felony. Here, it should be noted that, when it comes to counting prior DUIs on a motorist’s record:

Those who end up being convicted of a felony DUI in Colorado are subject to:

The Bottom Line on Felony DUIs in Colorado

When it comes to felony DUIs in Colorado, the bottom line is that these cases are far more serious than misdemeanor DUI cases – and that having the representation of an experienced DUI defense attorney can be integral to protecting the rights, freedom and future of those facing these charges.

If you have been charged with any type of DUI offense in Colorado, you can count on a Colorado Springs DUI lawyer at Kohn Law Firm for superior defense representation throughout the course of your case.

You can contact us by calling (719) 328-9555 or by emailing us using the contact form at the top of this page. From our offices in Colorado Springs, we represent clients throughout the Pikes Peak region and Colorado.