Call Us Now!
Although the new Colorado felony DUI law took effect last August, some drivers in the state have only recently become aware of it – and, unfortunately, this awareness has often been triggered by a new DUI arrest.

One noteworthy example of this comes from a recent case involving a 54-year-old Colorado Springs man accused of drunk driving for the 10th time.

Background on the Case

According to the police report and court documents associated with this case, the man in question was arrested for his 10th DUI after being involved in a car accident in Colorado Springs over Labor Day 2015. No one was reportedly hurt in the collision, and following the crash, the man allegedly told officers at the scene, “give me my ticket and let me get out of here.”

When officers informed the man that he would be facing felony DUI charges (rather than misdemeanor drunk driving charges), the man reportedly changed his tune. 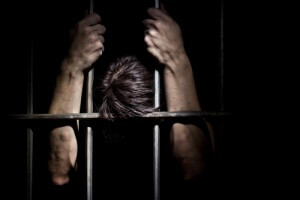 In presenting the details of this case, the prosecutor explained that many of the defendant’s prior DUI convictions were incurred in the 1980s and 1990s, when Colorado DUI laws were far more lenient on drunk driving; nevertheless, the prosecutor argued, the mere fact that this was the man’s 10th drunk driving case warranted some time behind bars.

“Certainly this was aggravated in its own right,” the prosecutor has publicly stated in relation to this case.

Judge William Bain, upon hearing all of the evidence presented, explained that he considered giving the driver a lesser sentence of probation or house arrest; however, Judge Bain ultimately sided with the prosecution in this case, sentencing the man to three years in prison after the jury handed down a conviction in January 2016.

The Bottom Line: Colorado DUI Laws & Penalties Are Getting Tougher

This felony DUI case reveals how Colorado laws – and authorities – are getting tougher on drunk driving. It also highlights:

Whether you’ve been charged with DUI for your first offense or you are a repeat offender, it’s best you find legal representation that will fight your case as hard as possible.

Whether you’ve been charged with your first DUI or a subsequent DUI, contact a Colorado Springs DUI lawyer at Kohn Law Firm for aggressive defense representation and experienced help you bring your case to a successful resolution.

You can contact us by calling (719) 328-9555 or by emailing us using the contact form at the top of this page. From our offices in Colorado Springs, we represent clients throughout the Pikes Peak region and Colorado.