Call Us Now!
Cracking down on drunk and drugged drivers is a top priority for Colorado’s law enforcement agencies. That’s because authorities are focused on preventing crashes, injuries and deaths, all of which are more likely to occur when motorists are impaired by alcohol and/or drugs.

While these efforts have certainly led to thousands of DUI arrests and convictions – and may have been effective at deterring impaired driving, some are finding new ways to try to circumvent the laws, particularly when it comes to marijuana use.

Circumventing the Law with Pot Clubs 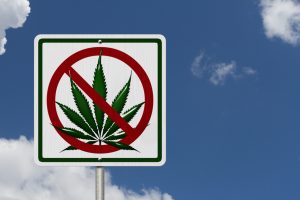 Well, as more and more clubs have popped up, City Council members got wind that some were even going up into neighborhoods near schools.

In an attempt to thwart the pot-club scene, the City Council adopted a moratorium last September on any new “marijuana club” business applications. As you can imagine, that triggered some protesting at the City Council’s chambers, with the claims being that the Council was infringing on the right to use marijuana in private.

Opponents to these clubs, however, have pointed out some of the downsides of these clubs, including (but not limited to) unruly patrons and the significant risk that these patrons will get behind the wheel after using marijuana.

“Leaving marijuana clubs, some users drive themselves home. Having consumed THC at the clubs, they are under the influence. We have enough problems with impaired drivers leaving bars, so we should hesitate to license another genre of businesses that sell intoxication.” – The Gazette in February 2016 editorial.

The Grass is Always Green in Other Pastures

The fate of private pot clubs in Colorado Springs may soon be decided by the Colorado Springs City Council, with some expecting a decision as early as next month (when the next meeting will be held). If the City Council chooses to close down all private pot clubs in its jurisdiction, that could mean fewer stoned or drugged drivers on the roads – or at least that’s what some opponents believe.

What do you think about the controversy surrounding private pot clubs in Colorado Springs? Do you think closing them could lead to safer roads and fewer impaired driving crashes in the region? Share your opinions with us on Facebook & Google+.

If you’ve been charged with a marijuana- or alcohol-related DUI in Colorado, contact a Colorado Springs DUI lawyer at Kohn Law Firm by calling (719) 328-9555 or by emailing us using the contact form at the top of this page.

From our offices in Colorado Springs, we provide the highest quality defense representation to clients throughout the Pikes Peak region and Colorado.