Call Us Now!
Ridesharing, a relatively new transportation method in the U.S., has been credited with cutting down on the number of accidents and, consequently, saving lives. A recent study conducted by Mothers Against Drunk Driving (MADD) and Uber Technologies, Inc., however, may provide further insight in to just how dramatically ridesharing is preventing impaired driving.

“With so many reliable and accessible options at people’s fingertips, there are no more excuses to drink and drive,” said Colleen-Sheehey Church, MADD National President in a press release. “Uber’s proven commitment to keeping the roads safe is critical to helping us create a future of no more victims.”

As the study revealed, the number of drunk driving accidents caused by drivers 30 and younger in California, in markets where Uber operated, fell by about 6.5 percent (when compared to the pre-Uber numbers). That’s approximately 60 fewer collisions a month – or nearly 1,800 fewer crashes since 2012.

In Seattle,  the number of drunk driving arrests (since Uber began operations there) have reportedly dropped by about 10 percent. 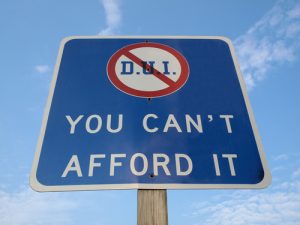 The study we are discussing, entitled “More Options. Shifting Mindsets. Driving Better Choices,” did more than simply reporting data generated from the analysis of state and federal records. It also involved a survey of opinions about ridesharing and its role in decreasing drunk or drugged driving.

Here are some of the findings related to the survey aspect of this study:

The obvious takeaway from the MADD/Uber report is that ridesharing provides an additional transportation option. Ridesharing is basically like a local taxi service that can be operated by designated drivers in a community (so long as they pass the background checks and meet the other necessary requirement). As one ridesharing driver has anonymously explained:

Whatever the reasons that make people sit behind the wheel when they can’t see straight, it seems very likely that, as more and more ‘designated drivers on command’ appear on the roads, the likelihood of intoxicated people driving, decreases.

While the findings of the MADD/Uber study are encouraging (in terms of impaired people increasingly using ridesharing instead of driving), so too may be the fact that ridesharing options are growing in some regions. In fact, some of the latest companies to join the game include (but are not limited to):

So, if you out and about enjoying alcohol, recreational pot, etc., the bottom line is that you may have more options than you realize for getting home safely – without risking a DUI or a crash.

Have you or a loved one been charged with a DUI in Colorado? If so, contact a Colorado Springs DUI lawyer at Kohn Law Firm by calling (719) 328-9555 or by emailing us using the contact form at the top of this page.