Even though The Kohn Law Firm focuses on Colorado Springs DUI cases, we thought you’d be interested in the following information

Two studies recently released by US federal authorities reveal some sobering findings about impaired driving and DUI trends in the U.S.

These studies, conducted by the National Highway Traffic Safety Administration (NHTSA), focused on analyzing crash data and surveying motorists in order to determine:

The following presents some of the most interesting and significant findings of these studies. 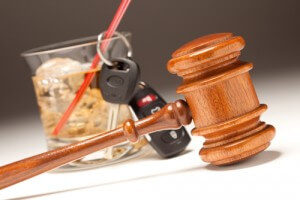 As the largest study of its kind to assess the comparative risks of drunk versus drugged driving, this portion of the study focused on collecting data from more than 9,000 drivers, 3,000 of whom had been involved in car accidents (while data from the remaining 6,000 drivers were used for control/comparative purposes).

According to these findings:

Roadside Survey Findings: Motorists’ Use of Alcohol and Drugs

This aspect of the study focused on determining when motorists are the most likely to be impaired. Conducted from 2013 through 2014, this study – the fifth of its kind conducted since 1973 – found that:

One possible explanation for the significant increases in the number of motorists impaired by marijuana may be the legalization of pot in some states, including Colorado, over recent years.

What do you think about these findings and reported trends? Share your opinions with us on Facebook & Google+.

If you have been accused of drunk or stoned driving in Colorado, contact a Colorado Springs DUI lawyer at Kohn Law Firm to find out more about your best defense options – and to secure aggressive legal advocacy moving forward.

You can contact us by calling (719) 328-9555 using the contact form at the top of this page. From our offices in Colorado Springs, we provide exceptional defense representation to clients throughout the Pikes Peak region and Colorado.