Call Us Now!
Have you ever people claim to be better drivers after having a few drinks and/or using marijuana? Or have you (or someone you know) ever jumped behind the wheel when buzzed, thinking that you were perfectly fine to drive?

While these claims/habits are by no means uncommon, they are not necessarily true. Looking to shed some light on just how alcohol and marijuana use impacts motorists’ abilities, federal authorities1 recently sponsored a simulator study at the University of Iowa (UI). This study focused on evaluating the psychoactive effects of alcohol and/or pot impairment on drivers’ abilities.

Using the National Advanced Driving Simulator (NADS), which is actually a stylish-looking 1996 Malibu sedan anchored atop of a 24-foot diameter dome, the study assessed motorists’ performance in regards to three different factors:

While some research subjects were evaluated after imbibing alcohol alone or after using only pot, others were tested after consumption of both alcohol and marijuana. 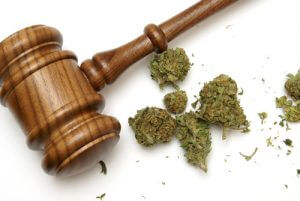 “What we saw was an additive effect, not a synergistic effect, when we put them together,” said Tim Brown, associate research scientist and study co-author of the study, in June 2015 UI press release. “You get what you expect if you take alcohol and cannabis and merge them together.”

Although NHTSA officials have yet to release any official comments on the findings of this study, they did issue the following thoughtful commentary beforehand:

“The mixed results from previous cannabis-dosed driving studies have demonstrated that its effects on driving can be more difficult to detect than the effects of alcohol.” – Dereece Smither, NHTSA project manager, stated in a press release predating the study.

The Wild Card: The Tolerance Factor

While the above findings may present a clearer picture of just how alcohol and pot use can impact drivers’ abilities, that picture is likely not complete, some critics have pointed out.

In particular, these critics have noted that the “wild” factor of individual tolerance levels can dramatically impact how alcohol and pot use affects people’s abilities, including if they end up behind the wheel of a vehicle. And that tolerance argument can be play a big role in some DUI cases, especially those that involve allegations of pot (or other drug) use.

If you have been charged with any type of DUI offense in Colorado, one of the best things you can do to protect yourself and your rights moving forward is to contact an experienced, aggressive Colorado Springs DUI Attorney at Kohn Law Firm

You can contact us by calling (719) 328-9555 or by emailing us using the contact form at the top of this page. From our offices in Colorado Springs, we provide the highest quality legal services to clients throughout the Pikes Peak region and Colorado.