Call Us Now!
A woman who pleaded not guilty on Monday, April 4, 2016 to charges of driving under the influence of alcohol (DUI) and vehicular homicide will stand trial beginning August 30, 2016. Cassandra Griffin, 25, is accused of driving her Jeep Cherokee and driving through a stop sign at Highway 94 near the intersection with Ellicot Highway and T-boning the victim’s Dodge Ram 2500 causing it to roll.

The defendant’s blood-alcohol level (BAC) measured .22 percent (nearly three times higher than the legal limit) approximately one hour after the crash. The victim was the owner of a local welding shop. Griffin is expected to appear before court on July 11 for a motions hearing.

How Big is the Problem of DUI? 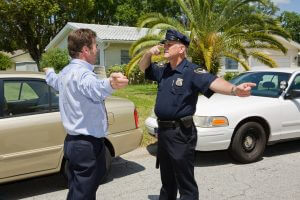 On average, in the United States approximately 28 people die every day as a result of an alcohol impaired driver, according to the Centers for Disease Control and Prevention (CDC). The following statistics from the CDC show how big the DUI problem is here currently in the United States:

What are the Effects of Alcohol on Driving?

The following table taken from CDC data gives some sobering information about blood alcohol concentration (BAC) levels and the effects it has on all of us when we get behind the wheel.

Have you or a loved one been charged with a DUI in Colorado? If so, call a Colorado Springs DUI attorney at Kohn Law Firm at (719) 328-9555 or by emailing us using the contact form at the top of this page.