Call Us Now!
Ending our blog series 6 Facts to Know about DUI Stops, here, we will reveal some final crucial facts to know about these types of traffic stops.

More Crucial Facts You May Want to Know about DUI Stops

Fact 5 – Whether or not you end up having a criminal case, you will have to deal with an administrative DUI case. 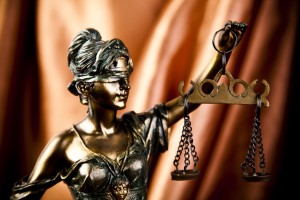 After DUI stops lead to arrests, the most important thing to remember is that you can get the best defense by retaining our Colorado Springs DUI lawyers. Contact us today.

This is another, crucial fact about DUI stops to be aware of because few people realize that DUI arrests arising from these traffic stops can actually result in them facing two cases: the criminal DUI case and an administrative DUI case. In fact:

Fact 6 – After DUI stops lead to arrests, the best way to protect yourself is to contact us.

All of the facts about DUI stops that we’ve highlighted thus far in this blog series are important to know. However, this fact is the single most important one to remember if you ever find yourself in handcuffs after DUI stops.

The reality is that, when DUI stops lead to arrests:

Because DUI convictions can lead to harsh, costly penalties – and because some of these penalties may have impacts that can last for years to come, make sure that you have the best defense when facing DUI charges, and contact Kohn Law Firm today.

Have you or a loved one been charged with drunk driving? If so, the DUI lawyers at Kohn Law Firm are ready to aggressively defend your rights and help you bring your case to a successful resolution. At Kohn Law Firm, we believe that our clients deserve exceptional service, ethical treatment and aggressive representation.