If you’ve been accused of committing a sex crime in Colorado Springs, then you definitely need the best sex crimes attorney in Colorado Springs. Sex crimes are very serious and they usually have far reaching consequences, with severe punishment if convicted. Therefore, it is imperative that you don’t take the charges lightly. 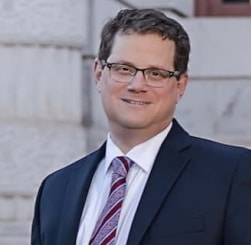 The biggest mistakes a client makes when facing sexual assault charges is not realizing the life-long consequences involved in sexual offenses and not retaining a lawyer that focuses on this area of defense. – Shimon Kohn

A sex crime of any kind is a serious criminal charge and the State of Colorado has strict and severe sentencing guidelines and sex offender registration requirements for those convicted of a sex crime.

Sex crime accusations can also result in life imprisonment and other very severe and long-lasting consequences. Careful and skilled pre-trial defense is the best chance for the defending of these charges. However, if a case proceeds The Kohn Law Firm will tenaciously fight to protect the rights and reputations of his clients at trial.

If you’ve been convicted of particular sex crimes, then you can possibly be given lifetime probation according to Colorado law. You will have to undergo treatment programs and sex offender classes for your crimes during this probation. And, don’t forget mandatory sex offender registration, which will follow you the rest of your life.

Unfortunately, if you’ve been convicted of a sex crime in Colorado, then one of the most serious consequences is that you’ll need to be registered as a sex offender.  In this registry, information about you will be recorded such as your full name, aliases that you use as well as other personal information.

This information will be freely available to just about anyone which includes your neighbors, friends, future boss/co-workers etc., so there’s no hiding.

The charges of any sex crime would be dependent on the particular situation and circumstances of the crime. In Colorado, some of the more common sex crimes include:

Sexual Assault is a somewhat broad phrase and it basically means crimes based on unwanted sexual contact. Some of the common charges include rape, battery and other related sex crime charges. There would also be additional penalties according to the aggravating factors of that case such as the use of drugs, violent crimes etc.

This is when a person exposes their genitals to another person who is offended by that exposure.

Sexual Assault Upon A Child

In Colorado, the age of consent is set at 15 years old. With that said, the age of the older person does matter and the accused’s age will be a factor in deciding whether sexual assault upon a child charges or even statutory rape charges can be made, even when violence or force isn’t a factor.

There are 3 specific statutes in Colorado that state that the production, distribution as well as procurement of child sexual acts/pornography is illegal and prohibited. There are also certain aggravating factors that can worsen a sentence such as other criminal charges, amount of child pornography etc.

This is when a person shows other intimate areas of their body besides their genitals in a sexual or lewd way in a public space. This also include acts such as public sex but do note that breast feeding is not included.

This is when an adult consciously talks to a child under 15 years old over the internet or data network in a sexual manner. It also included attempts to meet up in real life.

In Colorado, sexting isn’t a criminal charge. Sexting is basically communicating sexually via mobile phone, email or other type of communication network. It also includes sharing of nude or semi-nude photographs. When adults engage in sexting it isn’t illegal.

However, once a child is involved, this becomes illegal and can be charged under child internet exploitation.

Get An Experience And Aggressive Sex Crime Lawyer

Shimon Kohn is a professional sex crime lawyer in Colorado Springs who is quite experienced in handling cases where clients are accused of various sex crimes.

“I’m not afraid to go to trial. Many lawyers haven’t been to trial in three to four years. They take a client’s money and plea out. I don’t advise my clients lightly and I will fight for them,” says criminal defense attorney Shimon Kohn, when asked why a defendant should retain him, or any one of the attorneys at The Kohn Law Firm.

Shimon Kohn mounts a creative and intelligent defense, and is aggressive when it comes to defending clients and he will ensure that your legal rights are well protected throughout your case. Upon a thorough examination of your case, he will be able to discuss your various legal options when it comes to crafting and following through with the best defense possible.

Once you’ve been accused on a sex crime, you need to get the best legal help that you can since the consequences of being convicted are extremely severe. Be sure to book a free consultation by calling his office at 719-328-9555 or simply fill out the contact form.

An aggressive defense is critical to obtaining the best results. If you or someone you know is facing potential sex crime charges in Colorado Springs, contact the leading criminal defense law firm anytime at 719-328-9555 for a free and confidential consultation. Don’t wait. Your defense starts now.