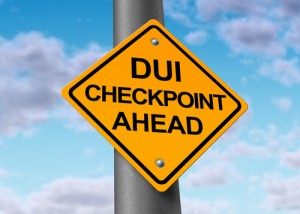 Here are the DUI crackdowns CO authorities have planned through the end of 2015.

Although the end of 2015 is fast approaching, Colorado authorities still have a few statewide DUI campaigns planned for the month of December, according to officials at the Colorado Department of Transportation (CDOT).

And these DUI enforcement efforts are currently scheduled to run as follows:

Additionally, CDOT has noted that at least 20 local law enforcement agencies – including the Colorado Springs Police Department (CSPD) – will be stepping up their DUI enforcement efforts for the entire month of December, running saturation patrols with grants from the Law Enforcement Assistance Fund (LEAF).

Knowing that Colorado cops will be especially vigilant about arresting allegedly impaired motorists over the next month, here are some important DUI facts that all drivers in Colorado should be aware of:

If you have been charged with drunk driving in Colorado, a Colorado Springs DUI lawyer at Kohn Law Firm is ready to aggressively defend your rights and help you bring your case to a successful resolution.

At Kohn Law Firm, we always strive to provide our clients with exceptional service, ethical treatment and the strongest possible defense.