How to Get Evidence Thrown Out of Court (Pt. 2)

Resuming How to Get Evidence Thrown Out of Court (Pt. 1). Equally important, we will continue to point out some of the more effective arguments that may be used to try to get a judge to deem the prosecutor’s evidence inadmissible in a given case.

More Ways to Get Evidence Thrown Out of Court

Depending on the specifics of a case, it may be possible to get evidence thrown out of court by arguing that:

3 – The evidence was illegally obtained by police or prosecutors.

This may be one of the most effective ways to get evidence thrown out of court. This tactic involves arguing that the accused person’s Fourth or Fifth Amendment rights were violated by law enforcement officials. In particular, arguments that evidence was illegally seized by police can specifically contend that officers: 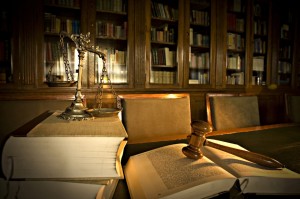 While these arguments can be effective ways to get evidence thrown out of court, contact Shimon Kohn when you need the best defense in your criminal case.

Because this type of criminal defense argument, however, will require careful review of the procedures police used to investigate the case. Furthermore, it’s strongly advised that people accused of crimes work with an experienced Colorado Springs criminal defense attorney who can pinpoint when this may be an effective defense in a given case.

Hearsay refers to statements that, although made outside of court, are presented in court to back up some statement or allegation. For instance, let’s say the prosecution calls a witness to the stand who, under oath, states that some second witness told him that she saw the accused person committing the crime in question.

Well, the defense lawyer could object that this statement is “hearsay,” and a presiding judge would generally be inclined to strike the statement from the record (i.e., dismiss the statement as evidence).

The reasons that hearsay evidence is not generally permitted in court are that it:

Here, it’s also important to note that not all hearsay evidence is inadmissible. On the contrary, one notable exception in which hearsay evidence may be used in court can be when it comes as a “dying declaration” (or a statement made by someone on his or her deathbed).

So, the bottom line is that:

Have you or a loved one been charged with a misdemeanor or felony crime? If so, the Colorado Springs criminal defense attorneys at Kohn Law Firm are ready to aggressively defend your rights and help you bring your case to a successful resolution.

At The Kohn Law Firm, we believe that our clients deserve exceptional service, ethical treatment and aggressive representation. That’s why we are here to help you navigate the complexities of an intricate criminal justice system. More benefits include minimizing the negative impacts on you and your family, and ultimately help you protect your freedom and future.

To learn more about how we can help you, set up a free initial consultation with us by calling us at (719) 328-9555 now for a free case review. Or, email us using the contact form at the right of this page.