How to Get Evidence Thrown Out of Court (Pt. 1)

When building and presenting a criminal defense case, one of the most effective strategies for strengthening the defense (and simultaneously weakening the prosecutor’s case) can be to get evidence thrown out of court. In fact, when arguing to get some of the prosecutor’s evidence deemed inadmissible is successful, it can lead to some – or possibly all – of the charges against the accused person being reduced or, in the best cases, dismissed altogether.

In this blog series, we will point out just some of the ways that it may be possible to get evidence thrown out of court and, in doing so, strengthen a defense case. If you or someone you love is facing criminal charges, however, don’t hesitate to contact the trusted Littleton criminal defense lawyers at Kohn Law Firm for experienced help and the best defense.

How to Get Evidence Thrown Out of Court: Possible Arguments

When it comes to trying to get prosecutors’ evidence against accused individuals deemed inadmissible, the facts of the case will be essential to determining what the best arguments may be for a given case. That being said, however, in general, the following may be viable arguments to get evidence thrown out of court:

1 – The evidence is partial or incomplete. 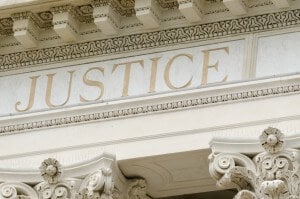 In the event that the evidence in question is an audio or video recording, it may be possible to argue that this evidence:

So, for instance, let’s say that part of a prosecution’s case is relying on surveillance footage of the accused person doing or saying something and that only a portion of this footage has been admitted as evidence. Well, if the rest of that footage could be viable to the defense (because, for example, it may show the accused person doing or saying something else that backs up the defense case), then the court may:

2 – The evidence has been contaminated.

This can be a powerful argument in the event that the prosecutor’s case includes DNA evidence. In particular, arguments alleging that evidence may have been contaminated can specifically contend that:

Here, it’s also important to point out that, even if the above arguments are not sufficient to get evidence thrown out of court, they can be powerful enough to:

For our continued discussion of how to get evidence thrown out of court, don’t miss the second installment of this blog series that will be published soon!

Have you or a loved one been charged with a misdemeanor or felony crime? If so, the Colorado Springs criminal defense attorneys at Kohn Law Firm are ready to aggressively defend your rights and help you bring your case to a successful resolution.